The growth of the Internet and social media in particular is changing the face of customer service. Customers can publicly praise or condemn a business, on their Facebook walls or Twitter feeds for example. The business then has to respond publicly in the best possible way. At lot is at stake and businesses need to be set up to deal with these situations appropriately and diplomatically.

An example of how not to deal with criticism is the response from FemFresh to some audience backlash to one of their adverts in 2012. They showed a complete lack of understanding of social media, first by asking people to stop posting comments and second by deleting their Facebook page because they didn’t know how to deal with the negativity effectively.

Bodyform recently received a rather tongue in cheek wall post from a man who claimed that Bodyform had misled men for years about how women experience ‘that time of the month’. It took Bodyform just over a week to respond with a video that has since gone viral and reached over 3 million views on YouTube (at the time of writing). See this genius piece of social media marketing below:

The way that Bodyform used social media on this occasion is a lesson that all brands should learn from. The complaint was hardly a serious one but the same principle could quite easily be applied to a range of comments or complaints. Here are the three major lessons to be learned from Bodyform (not a sentence I ever imagined writing!):

Video and social media have increased the ways in which businesses can deliver top notch customer service experiences. The Emma Blog shared a story about a tweet which led to a personalized video response from a business – giving some advice about how to start running. This example shows a business going the extra mile. As Emma says, they didn’t even need to go that far – they could have just linked to a generic video and she would have appreciated it just as much. 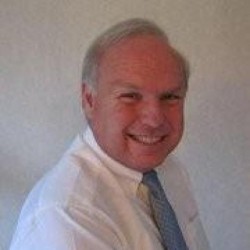 Neil Davidson
Neil Davidson is the Founder of My Web Presenters, who are a leadingvideo production companyspecializing in video spokesperson videos. They work with businesses of all sizes to create and market compelling and emotive videos.

Predicting our Next President with Social Media

The idea that we can use social media chatter to predict the future is not a new one. The sheer...