Online marketers, Internet analysts and social media enthusiasts have intermittently predicted the demise of Facebook since the day it took the crown away from the now almost-forgotten MySpace. But just when it seems the chips are down for the online giant, Zuckerberg and Co. manage to come up with something new. In this case, the revolution involves embeddable posts, a program Facebook recently rolled out to a limited group.

In this article: hide
1 What is Facebook Doing Now?
2 This Sounds Familiar
3 This is a Good Thing
4 What about Tracking Stats?
5 Be an Early Adopter
5.1 Featured images:

In a nutshell, this program allows website owners to post Facebook Comments and links directly to their site rather than going through Facebook proper. While the average user may shrug at such a program, it could prove to be an attractive option for businesses operating in cyberspace. Companies that understand the importance of bringing in traffic through unique content will certainly see the benefits of using Facebook’s endless stream of quality subject matter to subsidize their site.

Of course, embeddable posts are nothing new. YouTube, for instance, has made liberal use of this functionality for years. Since much of YouTube’s traffic is driven through forum posts and social media, it was a given that users would eventually want to watch content without leaving the site they were on.

Take the recent MovieFone article, Jason Sudeikis, Jason Bateman Star in Mumford & Sons’ Hopeless Wanderer Music Video. The article promotes the new movie We’re the Millers through a few paragraphs and a YouTube video, staring Sudeikis, Bateman, Ed Helms and Will Forte. While the hilarious music video and release of We’re the Millers have nothing in common besides Helms and Sudeikis staring in both, the very popular video (generating over 397,000 views in one day) could possibly entice people to see the movie who hadn’t considered seeing the movie. This is a Good Thing

Facebook hopes that online businesses will want to see that kind of user-interaction on their own websites. Not only does it provide a way for customers to connect with a business without having to log in and find their individual Facebook Page, but it could turn a company’s site into a mini-social media hub of its own. Already many companies are using Twitter to embed short testimonials on their own site. The same could easily be done with Facebook.

Online businesses and brick-and-mortar companies with an online presence may be nervous about allowing negative comments on their own domain. Facebook, however, seems to be positioning their embeddable posting functionality as something fully within a website owner’s control. For instance, companies like McDonald’s could go through Facebook, find complimentary posts and use only those on the site. Not only does this spread the comment wealth, it could give more control than ever to businesses who want to white-wash their online reputation. People will still be able to post whatever they want on Facebook itself, of course, but a company won’t be forced to take the bad with the good when it comes to embedding.

While not everything is known about the embeddable posting program, users won’t need to be logged into their accounts in order to view posts. This presents a huge advantage for companies who want to target the non-social media user. Believe it or not, there is still a sizeable portion of the browsing public without a current Facebook account. A non-user’s money spends just as well, so a business owner should revel in the opportunity to connect with those customers.

What about Tracking Stats?

Of course, if you run an online business you’re probably already using Google Analytics or Statcounter, but now you can add Facebook Insights to the mix, giving you a whole new set of stats to pore over. Insights can help you discover how many times a particular post has been embedded, which can prove to be an invaluable tool. Let your users tell you what kind of content they want to see. After all, this can be your chance to generate social media content without ever leaving your own website. With Insights, which is much improved this year, you can quickly get a sense of what’s working and what isn’t.

Any list of Internet marketing tips is bound to mention how important images are to a social media presence. People simply love to click, view and comment on interesting and funny pictures. There is no easier link-bait and, though pictures can’t stand alone when working toward SEO perfection, there are few better traffic generators. Now, instead of letting Facebook get all the traffic, you can embed those great photographs on your own site, drawing Likes and Comments from people who can then turn around and browse your wares. The potential for cross-branding success is enormous. The more convenient you make it for people to connect and participate, the more they will be willing to do so.

Be an Early Adopter

How Facebook’s embeddable posts feature will play out remains to be seen. However, this is one of those times where it will pay to be first in line. The feature is only open to a limited set of publishers right now, but it will soon broaden its scope. When that day comes, your business might be well served to jump on the bandwagon. The naysayers might predict the demise of Facebook, but until then take advantage of what could turn out to be a very powerful tool. 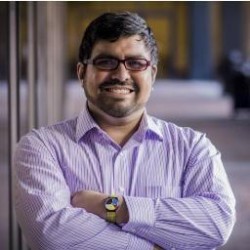 David Soto
David Soto works with small businesses on developing strategies for their social media assets. He likes to write about best online practices for businesses and professionals.

4 thoughts on “How Your Business Can Use Facebook Embeddable Posts”

HOW TO: Make the Most of Youtube Video Description (from Basics to Advanced Tips)

A video is one of the most powerful content re-packaging tactic. It creates a completely new marketing channel for your...