{From Ann: At Social Media Sun we would love to regularly feature expert case studies we could all learn from. Today’s article is one perfect example of such a case study looking into the different destinies of two related hashtags}

When Edward Snowden started making his revelations about NSA’s PRISM surveillance program, he said explicitly that he didn’t want the attention of the public to focus on him, but on the real issue – the illegal data gathering being performed by the NSA.

Unfortunately, the media live on stories, and, as storytelling experts say, the story isn’t what happened – it’s who it happened to. The NSA spying on millions of people, then, isn’t really a good story, because a million people is an abstract concept, and readers have a difficult time identifying with an abstract concept. Even if, ironically, they’re actually part of the millions of people who are spied.

Without concrete examples of some actual people who were spied on, preferably with bad, emotion-generating consequences, Snowden himself was bound to become the human element in the story – and thus, its long-term hook.

Our data about the popularity of the top hashtags related to PRISM on Twitter confirm this:

The weekly graph shows clearly how, the week when the news broke, the popularity of the three main hashtags related to it shot up immediately, with #NSA being the most popular, #PRISM second, and #Snowden third.

The difference between the three doesn’t look that big on the graph, but the 0-100 popularity rating we use at hashtagify.me is logarithmic, so, for example, in week -4, the Twitter activity for #NSA was actually 1.9 times bigger than that of #PRISM, and 2.7 times that of #Snowden, while in week -2, when Snowden flew to Moscow, it was #Snowden that was tweeted 2.9 times as much as #NSA. At the same time, the ratio between #NSA and #PRISM remained pretty much constant.

What does this mean?

It means that, as long as Snowden’s future is uncertain and full of intrigue, people are more likely to talk about him than about PRISM. But, does this also mean that, without Snowden, people would really talk about the more serious issues brought about by PRISM?

I seriously doubt that. In week -3, after the initial shock, the popularity of all three hashtags went down by pretty much the same amount. The following week, when the story about Snowden’s move to Moscow broke, #Snowden shot up again, but #NSA and #PRISM didn’t go down – they remained steady. And increased again in the next two weeks.

I understand those people whose blood boils when they see so many people looking at the wise man’s finger instead of the moon, but it would be even worse if people just forgot about both the finger and the moon. In our case, the finger makes a good story, the moon just doesn’t. Long live the finger! 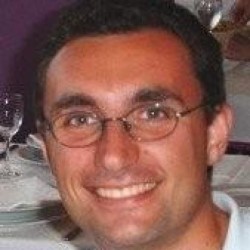 Daniele Mazzini
Dan Mazzini is the founder of CyBranding Ltd. and creator of the hashtagify.me hashtags search engine.