They used to say that TV rots the brain and that comic books lower attention spans and social media could often be seen as some sort of a modern day equivalent.

In the last few years we’ve seen all sorts of trends, both good and bad, hit our Facebook, Twitter and Tumblr pages. Psychologists and media detractors critique, examine and analyse our behaviors often in a bleak light, calling us the equivalent of self-obsessed, narcissist weirdoes with a screw loose. As we all know, it’s not like the media doesn’t tend to like to However, it’s not all bad is it?

So, with this in mind we’re going to examine three social media trends that make the mind boggle and two that give us hope.

Dubbed harmless fun by some, though attributed to a number of deaths, Neknominate is the latest drinking craze to hit social media. The game, thought to have originated in Australia, involves a person filming themselves downing a concoction of alcohol and often other items too, before nominating others via Facebook to ‘improve’ on their effort. The next person does the same and the chain continues.

Of course, owing to an element of peer pressure, as well as bravado, the craze has seen all sorts of distasteful efforts including a video of a man biting the head off a chicken, before stubbing out a cigarette on his thumb and then gulping down a pint of vodka on top.

Calls to ban pages and videos linking to #Neknominations were refused by Facebook, who stating that ‘controversial or offensive behaviour is not necessarily against our rules’.

The craze is just another weird one that follows on similarly seemingly pointless ones such as planking and milking.

Of course, negatives often breed positives and in the recent weeks there have been a number of attempts to create something productive from Neknominate.

We’ve seen a number of wonderful videos online showing how something like Neknominate can be turned on its head. One of the most famous positive clips is of a South African man who nominates friends to give a homeless person some food after he hands a homeless man lunch at a traffic light.

A number of alternatives have gathered pace, including RAKnominate, which refers to ‘random act of kindness’, where a person performs an act of random kindness and then nominates others to do so. Nekdonate is another effort, which sees a person donate a small sum to a charitable cause before they call upon two of their friends to also do the same.

When the leader of the free world takes a selfie at a funeral you realise how far a craze has come. Selfies at funerals is literally a does as it says on the tin description of taking a selfies at a funeral.

The creation, which sprang from ‘Selfies at Serious Places’, which brought such delights as a selfies at the Anne Frank Memorial, the Chernobyl Nuclear Reactor and Ground Zero, is now a commonplace effort and has its own very popular Tumblr page.

The ‘selfies’ accounts we mention are curated by Fast Company editor Jason Feifer, who has claimed the blogs are a collection of images and not a celebration of the antics. Needless to say, plenty of hullabaloos have been created by an action often seen as out of place and distasteful at such an occasion.

Selfie with a Homeless Person

Indeed it seems that the natural evolution of the funeral selfie is the new craze ‘Selfie with a Homeless Person’.

Once again a pretty explanatory effort, which involves people take selfies with a member of the transient community. The new social media trend is one that has been widely criticised, but that doesn’t seem to be stopping its growth – many tend to attribute increasing popularity to the constant coverage and sensationalism by the media surrounding such activities.

Trends that have created awareness

Of course, one of the most memorable and renowned social media efforts we can ever recall at fusewave.co.uk that created something positive was Kony 2012. The effort fuelled a social media phenomenon and certainly created awareness of the problems in Democratic Republic of Congo regarding child soldiers.

However it was also criticised for a number of reasons. Detractors disparaged the fact the video made a nefarious villain famous, had a colonial feel to it and also because of the ‘slacktivism’ element. The concept where a person believes social media signals can make a difference.

However, statistics show that though Kony is still at large LRA killings fell by 67% between 2011 and 2012 and civilian deaths in the same period dropped to 51 in 2012 as opposed to 706 in 2011. Of course, statistics can often be misleading, but from the look of things it seems Kony 2012 did some good.

These are merely a few examples that show how social media can impact upon us and also the world around us in a way that causes controversy, but also can be used for positives. They say that pobody’s nerfect and as a tool social media seems to mirror our own imperfections as well as our graces. 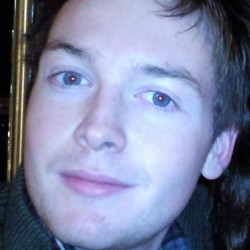 Cormac Reybolds
Tech journalist, copywriter and lover of all things gadget, Cormac Reynolds has covered the whole technology spectrum at one time or another and remains geek at heart.When he's not working - he's swotting up a book or thinking about his next project.

Are You Engaging Clients With Great Branded Imagery?

Sitting on a lovely beach gives you some great time to reflect upon your navel and contemplate some of the...