For the last couple of years at least, there have been a few questions rolling around the world of social media. Like the Energizer bunny, these questions seem never to run out of steam. For example, “Is there an ROI for social media marketing?” Boy have we beaten that dead horse. Oddly though, people seem not to get tired of these circular debates. We keep treading the same ground, over and over, with the same arguments, the same examples, the same call-outs, the same fights. I don’t know about you, but I’m getting kind of bored.

Boredom isn’t the only concern, however. If we keep covering already covered ground, social media marketing as a tool will never be able to evolve. Five years from now, social media consultants will still be talking about the ROI of your Blackberry, even though people may not remember what a Blackberry was at that point. Surely it’s time to move on to something new.

I’ve come up with three new conversations we could focus on that would not only be different, they would also assist companies and marketers going into the future.

These are just three potential topics that could really help companies and marketers grasp social media in ways that could be beneficial. There might be less name-calling. There might not be the same sound bytes we’ve been living with for the last few years. But it could be really exciting and even more than that, really helpful.

What do you think? What conversations would you like to see in the social media world? 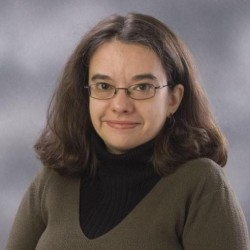 Margie Clayman
Margie Clayman is the Director of Client Development for Clayman Advertising , a business that has been run by her family since 1954. She has hosted the #tweetdiner chat for over a year and blogs regularly on her own website, Social Media, Marketing and Musings.

They went as fast as they came. It seems as though QR codes were popular for a week before they...