This is not your Father’s Google. The Google that you once knew and loved is gone, and today we have a new and unpredictable Google that has moods as unpredictable as the sea and which is constantly searching for a new corner of SEO to penalize.

We’ve had Google Panda which hit content farms, we’ve had the de-indexing of blog networks, we’ve had the new ‘fold algorithm’ for AdSense and we’ve had Penguin which targeted over optimization and link building. Now Google has its eyes set on another SEO practice that it deems no longer kosher – content rewrites.

In this article: hide
1 What Are Content Rewrites?
2 What Does This Mean?
3 How to Avoid Being Penalized

In a recent interview with Stone Temple’s Eric Enge, Matt Cutts announced that along with infographics, content rewrites would be coming under fire. Not because the practice is necessarily ‘wrong’ or immoral, but rather just because it doesn’t offer any new value over what already exists. Said Cutts:

Those other [rewritten] sites are not bringing additional value. While they’re not duplicates they bring nothing new to the table. It’s not that there’s anything wrong with what these people have done, but they should not expect this type of content to rank. -Matt Cutts

What Does This Mean?

Basically then, if you have a tendency to write articles by just looking at another page and then rewording exactly what it says, then you’re probably going to notice your site losing traffic as a result. This is a common practice for people who want to create large numbers of sites quickly, or for people who perhaps don’t have the strongest English/best knowledge of their subject – so if this is you then you need to have a rethink.

On a more general note what this means, and what most of Google’s recent changes have meant, is that you need to be focussing on writing original and high quality content that brings something new to the table and that’s written first and foremost for your visitors rather than the search engines. Think long tail business plans, and think good quality articles that you write because you have something to say on the subject.

How to Avoid Being Penalized

If you are worried that you might be inadvertently creating article rewrites then the solution is to make sure that you don’t just use one source of reference when you’re researching – and that you don’t have any open while you write. What you need to do instead then is to have a read around the web on the topic you want to write about and see what the different sites are saying about it, and then using the knowledge you’ve absorbed sit down and write something from scratch with nothing to guide you through the process (write your own structure plan if it helps).

Better yet, try to write about new topics that haven’t been covered yet – which means either staying on look out for breaking news, or just coming up with new topics that you want to write that are completely original. Don’t be afraid of using the word ‘I’ or ‘we’ and of injecting a little opinion in there either. Using subjective opinion is a workaround that large content producers have been using for years to avoid wasting manpower covering stories that have an insurmountable amount of competition in search.

Either way, Google is working everyday to make the black hat obsolete. Never before has producing content like a normal person been such a great content strategy.

Todd Ramos is currently working full time as a Search consultant for Atlantic.net 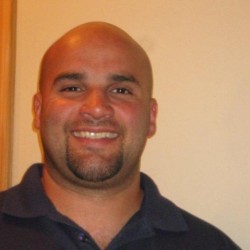 Todd Ramos
Todd Ramos is a founding partner of PenTech Consulting. A web design and SEO services company based in Connecticut.

Is Your Digital Marketing Tactical or Strategic?

How did you learn to drive traffic to your blog? How about using Twitter as a tool to connect with...