People discriminate against others every day without even realizing it. Real Estate agents often limit showings to neighborhoods based on a buyer’s ethnicity. Financial institutions often show discrimination when offering loans based on age, sex and race.

These instances are centered around face-to-face meetings. Online entrepreneurs rarely consider how much demographic information plays into their marketing campaigns and analytics. Knowing the background of visitors and customers is an important aspect of all types of inbound marketing. Here we will focus on age because online demographics are often inappropriately targeted because of age, there are several technology stereotypes related to age, and age is the most likely user definition that is used by e-mail marketers and specifically targeted in the Equality Act.

Email marketing in particular thrives on information. You will define your subscribers under a number of categories, one of the most basic of which will be age. It has been mentioned before that age is a blunt tool, but one that could hurt you.

The primary purpose of the Act is to consolidate the complicated and numerous array of Acts and Regulations, which formed the basis of anti-discrimination law in Great Britain. This was, primarily, the Equal Pay Act 1970, the Sex Discrimination Act 1975, the Race Relations Act 1976, the Disability Discrimination Act 1995 and three major statutory instruments protecting discrimination in employment on grounds of religion or belief,sexual orientation and age.

The parts of the Equality Act (EA) 2010 provisions which prohibit age discrimination, in provision of goods and services, came into force 1 October 2012. It is not quite as simple as it first appears.

What is the Equality Act?

Without going into too much detail, the Equality Act is an act of Parliament of the United Kingdom that attempts to consolidate the acts and laws that make up Great Britain’s anti-discrimination law. The new act prohibits direct or indirect discrimination against a person because of age by withholding a service or in respect of the terms on which a service is provided, the termination of the service or subjecting that person to any other detriment;

Victimizing a person because of age by withholding the service or in respect of the terms on which a service is provided, the termination of the service or subjecting that person to any other detriment.

‘Indirect age discrimination’ is not clarified. It has been suggested that you should consider that certain groups, such as pensioners for instance, might have a preponderance of the unemployed as they have retired so a special interest rate reduction restricted to those in employment might breach the rules.

Exceptions to the Equality Act

The EA includes a number of exceptions:

With regards to the cut off age limit of 18 years, you cannot offer this group concessions which you do not similarly make available to those of 18 and above.

The Equality Act 2010 (Age Exceptions) Order 2012, should be before parliament soon. This provides for other statutory exemptions, including:[custom_list type=”dot”]

These exemptions would apply where age is a key element of the service sold and this is appropriately advertised. One example given is where it would not apply in Sport. If, for instance, a sporting event was advertised as open to all but age restrictions applied when an attendee attempted to take part, then the exemption would not apply.

What About Services That Are Targeted Directly at Specific Age Groups?

Of particular interest for email marketing is the Home Office guidance for small business which states that if a business provides age-based services, it can still “advertise, market and sell products and services to younger or older people as niche marketing, providing…[it doesn’t] refuse the service to anyone outside…[the] target group”.

There is a defense in the case of goods and services when you can show your actions were a ‘proportionate means’ of achieving a ‘legitimate aim’. One of the examples given to clarify this is to enable particular social groups to socialize together, to enjoy activities together or to enjoy peace and quiet.

If you feel the EA might cause you problems, check out the Law Gazette’s recommendation page regarding age discrimination when offering goods and services.

Great Britain is leading the way when it comes to enacting laws with the Internet in mind. With online interactions becoming more ubiquitous by the day, do these laws overreach their intent and violate individual privacy? 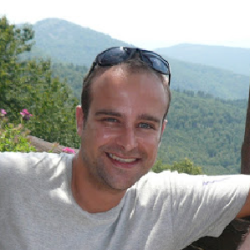 Blogging Isn’t a Rocket, It’s More Like a Roller Coaster

Compared to other marketing blogs that have launched in 2012, Social Media Sun has enjoyed quite a bit of success....