Some people say what I’ve got is moxie.

Moxie is defined by Google as:

“Force of character, determination, or nerve.”

In other words kids, balls.

Need I go on or do you get the picture? It’s a somewhat old-fashioned term to be sure, but I think it has a nice ring to it. And the meaning is the real gem because if you can’t inject a bit of moxie into your words, then why are you even wasting your time putting them out there in the first place? You say I’ve got moxie, but what I have got is a blog with a voice. You won’t mistake my writing for something Peter Jennings did.

If you aren’t willing to write with some passion and verve, take a stand on something, and even feel a little dumb once in awhile because what you tried to say missed the mark a wee bit, what’s the point in writing?

You write to make people think.

You write to make people feel.

I don’t know many (good) writers who write just because it “sounds cool”. They write because they feel compelled to share something that may or may not make a difference somewhere, in some way. And when you write to make an impact somewhere, you gotta be willing to write with a bit of moxie.

But how do admittedly timid writers flip the script and begin to write with moxie? Take the above three motivations as cues.

When you are writing to make people think it’s usually because you have a somewhat controversial point of view on something. You write something that opposes the mass perspective because you want to make people question their indoctrinated beliefs on a topic you feel passionately about. You want them to question the why’s of something, and really dig down into their motivations for their beliefs.

In other words, you’re making them think. This takes moxie because it can often follow the “unpopular” path and attract the attention of trolls who dislike people that ask questions. They dislike people that actually think and arrive to conclusions on their own. And the people who teach other people to think and arrive to conclusions of their own get double the dislike mojo.

When you write to make people feel, it’s again usually because you feel passionately about something and you want your reader to feel the same things you feel. Sensing a theme here? Moxie often = passion and vice versa.

You write with passion, feeling and intent because you want your reader to take the ride with you. You want them to jump on the horse and feel the wind in their hair right alongside you. You want to inspire their laughter, incite their sense of righteousness, or coax forth their tears.

You can’t do that without having some balls to be forthright and vulnerable in your writing. You can’t force a reader to feel something if you yourself feel nothing when you write. You have to put yourself into every word and allow people to really take a hard look into the fish bowl. And opening yourself up like that takes (you guessed it), moxie.

When you write to make people take action, the passion component can often be the deal breaker. You don’t need passion to inspire people to do something in the strictest sense, because some solid copywriting skills can still get you there. A little more slowly perhaps and with less fanfare, but it can be done.

However passion never hurts and can often inspire action even when the most spectacular copywriting efforts and techniques may fail. People respond to passion. Writing to spawn action often means you’re doing a double whammy of making people think and feel which in turn makes them want to act. They want to do something.

Writing well isn’t for the faint of heart or those who fear criticism. It’s for the boys and girls with balls.

I’ll show you mine if you show me yours. 😉 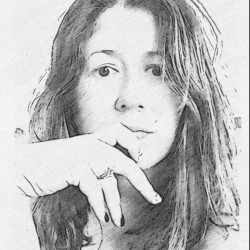 Cori Padgett
Cori is a popular freelance ‘ghost’ writer as well as the author of her blog Big Girl Branding. She is also the owner of Inked Write Media.

Typography Resources for the Beginner

Typography is the art of organizing letterforms into words, sentences headlines etc. The arrangements can be creative and artful or...