Typography is the art of organizing letterforms into words, sentences headlines etc. The arrangements can be creative and artful or strict and informational. The latter aids the reader by creating an information hierarchy.

The Swiss Style is the perfect marriage of the two, it uses clean and simple letterforms organized within a grid, then adds a creative twist by altering size, placement and color. Take a look at Google Results for Swiss Text (both old and new) for inspiration. The Swiss Style (also known as Helvetica, and Arial in most computer font archives) has been the most prevalent type since the 1950s.

Typography for the Web

Now let’s touch on typography for the Web, which has been taking some very interesting twists and turns over the last few years. Designers are embracing larger headlines, logo sizes and navigation to do what typography does best, move the user through space. This allows for more of a graphic feel, and creates a more expressive platform to convey your brand to the world.

The 2011 Web Font Awards and Webdesigndev  are a few sites that highlight this new approach with a number of featured designs displaying large type treatments that grab your attention.

Branding yourself through different social media outlets is a great starting point to acquaint yourself with the expressive world of typography. It can help you organize your blog for easy reading, it can zest up your viral video and it can help you stand out from the crowd. I have organized a list of my ten favorite sites & resources for typography and type design. Whether you’re a beginner who is wanting to start diversifying the type in your online projects, or just a netizen who wants a touch of solid design to add culture to your experience, these resources are great places to start. Even if you become the next great type setter, you’ll always come back to these resources for their usefulness and relevance.

• http://www.typophile.com/ A great source for news of new typefaces, commentaries and reviews.

• http://typedia.com/ A directory of Designers, old and new typefaces and news.

• http://www.identifont.com Ever wonder what font you are looking at? Well this site could help you figure it out.

• @Wayfinding Directional Graphics and Typography that moves people. No reason why traffic flow in 3D space can’t be applied to websites.

Purchasing Both Traditional Fonts and Webfonts

Webfonts are a rather new technology that allow you to apply specific fonts to your text, rather than creating jpgs, pngs and gifs. If you are interested in SEO for your blog, you should take advantage of these services which will allow the crawlers to read your banners.

Reed College at that time offered perhaps the best calligraphy instruction in the country. Throughout the campus every poster, every label on every drawer, was beautifully hand calligraphed. Because I had dropped out and didn’t have to take the normal classes, I decided to take a calligraphy class to learn how to do this. I learned about serif and san serif typefaces, about varying the amount of space between different letter combinations, about what makes great typography great. It was beautiful, historical, artistically subtle in a way that science can’t capture, and I found it fascinating.

None of this had even a hope of any practical application in my life. But ten years later, when we were designing the first Macintosh computer, it all came back to me. And we designed it all into the Mac. It was the first computer with beautiful typography. If I had never dropped in on that single course in college, the Mac would have never had multiple typefaces or proportionally spaced fonts. And since Windows just copied the Mac, it’s likely that no personal computer would have them. If I had never dropped out, I would have never dropped in on this calligraphy class, and personal computers might not have the wonderful typography that they do. Of course it was impossible to connect the dots looking forward when I was in college. But it was very, very clear looking backwards ten years later. [/box] 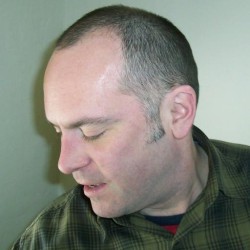 Stephen Boss
Stephen Boss is a professional type designer, and runs his own company selling font styles and logos to private and corporate clients. Many of his fonts are available through http://fonts.com.

4 thoughts on “Typography Resources for the Beginner”

Connect with Business Leaders: LinkedIn is the Fortune 500 Exception

LinkedIn is a social media platform that has taken the idea of connecting people online to others around the world,...