As a medium, radio has always had immediacy on its side. Until the emergence of social media, no other medium was able to react as quickly to breaking news or world crisis. Radio and social media now share the opportunity to act and respond instantly.

They also share a common goal: engagement. When used incorrectly, both radio and social media can feel like a one-way broadcast. However, at their best, both inspire emotion and engagement by telling stories that yield a response from listeners or viewers.

Radio and Social Media: It’s Like A Nursery Rhyme

Since they share the same goal and are by nature similar platforms, succeeding at social media should be a cinch for radio. And I’ll have to say, when radio does social media well, they rock it… But when they don’t, it’s downright embarrassing. It’s like The Little Girl With a Curl nursery rhyme: “When she was good, she was very, very good, and when she was bad she was horrid.”

Why isn’t social media success always the case for radio? We as an industry have some social media challenges to overcome:

In radio the term is “wearing many hats”. The U.S. radio industry has not been exempt from the effects of the declining economy, and the major companies have made mass layoffs in recent years. Ask radio broadcasters about their jobs today compared to ten years ago, and they will likely explain (or complain about) the many additional “hats” they wear now. The jobs that once required three personnel now require one.

Because radio employees (air talent included) are already heavily burdened beyond their primary responsibilities, the time investment for social media management is a problem. While some stations are lucky enough to have a dedicated social media manager (or strategist, even), the majority do not. The time it takes to manage social networks and create organic content is split between several staff members.

For the unlucky stations who lack a social media manager, strategy is also often missing. Air talent are expected to make several posts a day, but are often unguided in what types of content to share and how to engage or interact with listeners online. There are random acts of social- some successful, some awkward. And because there is no one person “in charge” there is no plan, and often no measurement of the results.

The social media focus for many radio stations is misguided, too. Often the only goal measured is quantity. While every brand strives to build a large online community, those who do social media well understand that the quality of engagement within the community is more important than the size of the community.

Because radio has the opportunity to build big social media promotions with prizes that other brands could only dream of securing, many stations and shows boast large numbers of likes and followers. (For example, Kidd Kraddick has 465,588 Facebook likes.) However, the focus should extend beyond the goal of racking up numbers. The end goal should be conversion- turning casual listeners into “P1” listeners (listeners who spend more time listening to that station than any other) by engaging and building relationships around the brand- it’s music, it’s air talent.

Another issue not unique to radio, but plaguing the industry nonetheless, is that of ownership and control. As companies tighten their focus and develop social media strategies, they create content rules and social media policies that challenge their on air talent. While a good strategy always comes with guidelines, it can be counterproductive if the rules aren’t explained correctly, or aren’t developed with the station’s social media framework in mind. Rules that are too strict tend to stifle the creativity of those radio-creative minds, resulting in less participation and less organic content.

The Future of the Radio and Social Media Relationship

With companies like Pandora and Spotify making industry news daily, digital innovation is a hot button in radio right now. If social media didn’t seem like a big deal to radio before, that’s changing. More companies and shows are hiring consultants and staff to plan and manage their social media efforts.

Radio stations and shows already have “all the tools in the toolbox”. They have a captive audience, they already curate and create entertaining content, and they know first-hand the value of a true fan. The time for learning to how use those tools online is now.

The future for radio and social media isn’t just bright, it’s blinding. So put your sunglasses on. 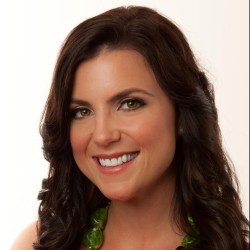 Stephanie Winans
Stephanie Winans works in radio the chief digital media strategist for The Randy Lane Company. You can find Stephanie Blending the 'experienced' media of Radio with the 'new' media of the Internet on her blog, "On-Air to Online".

16 thoughts on “Radio and Social Media”

With the transition to the Timeline format, the best Facebook pages aren't just the ones with the best design anymore....