Guest posts are getting old.

Make no mistake, we wouldn’t be writing a guest post right now if we didn’t think it had tremendous value, and we ourselves have written a guide for advanced guest blogging strategy at SEOmoz. But relying too extensively on guest posts is a sign of stagnation and a lack of creativity.

In this article: hide
1 1. Recognize the value of a “celebrity” endorsement
2 2. Survey the landscape
3 3. Estimate the value
4 4. Open your wallet
5 5. Foster a relationship
6 6. Retain the visitors
7 Conclusion

1. Recognize the value of a “celebrity” endorsement

Last year, Pepsi entered a $50 million contract with Beyonce. Back in 2011, David Beckham picked up $55,000 a day from adidas, Samsung, Armani, and Diet Coke.

Ad agencies spend truckloads on celebrity endorsements because the investment pays off. (Well, as long as they recognize that the bad associations come with the good.) But you don’t have to sink millions of dollars into a celebrity to take a cue from the billionaires at the top of the market.

You can replicate the same thing on a smaller scale for just a couple hundred dollars.

I’m talking about the emerging world of microcelebrities. Much like the emergence of the financial middle class, we’re seeing massive growth in the section of the population that’s not quite famous, but not exactly obscure. These people are the ticket to your emergence as a trusted authority.

Allow me to let you in on a little secret. Most of these people are seriously underpaid.

For an idea of just how underpaid, the top 1,000 YouTube channels make roughly $0.002 per visitor. Granted, this earns them an average of $23,000 a month, but when you think in terms of the cost per visitor, you start to realize just how cost effective it can be to work with one of these microcelebrities, and pay them ethically.

Hire the right microcelebrity, in the right way, for the right reasons, and you’ll bring in so much more traffic than a PPC campaign.

It’s simple, why write epic shit yourself? Just pay somebody who’s already done it so consistently that they could send you hundreds of thousands of visitors under any circumstances, even if the end product were utter crap? (Not that it ever should be.)

So, just how do you find the right microcelebrity, use them in the right way, and for the right reasons?

All successful massive traffic tactics have one thing in common: they identify a hole in the market and they fill it with something epic before anybody else moves into the space with any genuine confidence. This doesn’t change just because you’re working with somebody who already has an audience.

The most serious benefit of collaboration is that both sides get to benefit from a unique perspective. So I’d advise against just diving into Google, searching for your keyword, and looking for some popular blogger to bribe. Broaden things out a bit. You want to put something together that can go viral, and a key part of that is surprise.

It’s easier to create something of value if both sides can contribute something that the other was unaware of.

Approach the problem creatively. Think about your target audience and some of their other interests. Look for influencers that appeal to them, but don’t necessarily reside in your industry. Brainstorm. Think about ways that you can do something mutually beneficial.

Don’t get too in depth with your idea before you approach your target. They’ll likely have ideas of their own, and the end product will inevitably look very different from what you envision at your starting point. Be open, and prepare for their input to take the content in an even more fascinating direction.

Make sure you do come in with an idea, though. Be prepared to toss it if need be, but know that most serious influencers aren’t going to be willing to work with you unless it sounds like you can bring something to the table, even if you pay them. First impressions count for a lot.

Best to look like you know what you’re talking about.

Also keep in mind that these projects have a way of getting complicated fast, compounded by the fact that you probably won’t be able to meet in person. It’s a good idea to use project management software. Our choice is WorkZone, an alternative to overkill software like Microsoft Project that’s better suited to collaboration. We also strongly recommend a phone or Skype interview.

Before you make your pitch, it’s wise to conjure up a conservative estimate of the value you can expect from the collaboration. Remember, things aren’t going to look quite the same as they do on their own platform. If their typical platform is YouTube, they’ll need to transition those followers over to your blog. Ditto if they have a blog of their own.

Naturally, there aren’t any hard numbers to work with here. You could consider paying them by the visitor, but the uncertainty that comes with that might also dissuade them from working with you.

Traffic estimation tools like Alexa and Quantcast are notoriously inaccurate, so unfortunately the only hard data you have to work with are the number of followers they have on social networks, the number of comments they get, the number of inbound links in OpenSiteExplorer, and so on. Google Insights can also be helpful for comparing search traffic, at least.

A lot of extrapolation is involved, and you will want to use conservative estimates. The important thing is to have some estimate of the value. Expect it to be off by an order of magnitude or so. Adjust your offer accordingly.

What’s the point of all this estimation? It goes deeper than coming up with an offer. It helps you approach your efforts in terms of ROI, and guards against unfounded opinions. It also gives you a basic model that you can adjust in the future, which is a huge part of what data-driven marketing is all about.

You knew this was coming. If you want to convince a power blogger, YouTube aficionado, or Flickr dominator to post something on your blog, you’ll need to bring something to the table. I think the guest posting culture us internet marketers have grown up with has given us a skewed view of content. We’ll post on blogs for free just for exposure, and we oddly expect everybody else to think the same way.

Let me tell you something. They don’t.

Influencers expect compensation for their efforts, and that’s really the only ethical way to approach the subject. They’re doing it to expand your reach. You’re not going to convince them that it’s an opportunity to grow their audience or, God forbid, boost their search engine rankings (ugh).

Once you’ve convinced yourself that it’s okay to pay for content, I guarantee you’ll start seeing results you only dreamed of before.

All that said, in an ideal world your relationship with the influencer shouldn’t end with your bank account. This collaboration is a huge opportunity to build a casual relationship with somebody who is influential on the web. These relationships have a way of giving and giving, as long as you keep them maintained.

I won’t go into too much detail about how to foster this kind of relationship because, well, it’s supposed to be natural. If you overthink it, you’re going to approach relationship building like selling, and that’s downright odd.

Suffice it to say: give when there’s nothing in it for you, and don’t get too formal. It shouldn’t get much more complicated than that.

There’s more to web marketing than traffic, and visitor retention is a huge part of that equation. There’s nothing you can do about it after the content goes live, so you’re going to need to plan ahead carefully if you want to keep visitors coming back.

It should go without saying that the content is going to need a call to action. Hopefully it’s fairly obvious that it should also be non-threatening. You don’t want to push too hard, and you want to make sure it’s about content and brand impressions, not about trying to sell them something. Make this as clear as possible.

Give them a reason to want to come back. Ideally, you should already have another influencer lined up to work with you. If so, mention that you’re working on something with them. You want to send a very clear message that they can expect to see content of this quality, from people of this caliber, on a fairly regular basis.

It’s also a good idea to direct them to another piece of content that they might enjoy. This tactic always helps boost time on site and is a great way to get them more familiar with your brand.

It’s time to reverse our thinking on guest posts. There’s no doubt that posting on somebody else’s blog can be a good way to get exposure, but you can do a lot for your reputation and credibility by hiring people who already have exposure to post on your blog.

Have you tried turning guest posting on its head? 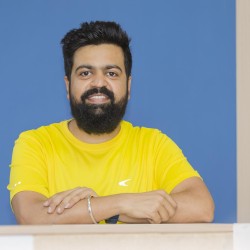 Checklist: How To Promote a Newly Published Post (Make the Most of Each Article)

You have written a brilliant blog post. You know it is high quality because of the effort you put into...