We all know that social media rewards authenticity and relationships over obnoxious sales pitches. While there are many strategies out there, there are few more effective at humanizing a company than humor. All you need to do is look at viral videos and content associated with businesses to see that this is true, as the majority fall either into the “unexpected wonder” or “raucous humor” categories.

“We’ve had great success with irreverent, quirky, and even humorous blog posts such as Shutterstock’s Hipsters of Oz. As a brand with all types of imagery, we try to strike that balance of inspiring, educating and entertaining people, without offending them. It’s really important to speak to your audience in a way that shows you can relate to them, and sharing light, fun content can be a great way to do that.” – Meagan Kirkpatrick, Shutterstock Photos

But going funny has its hazards, too, especially as you try to sell to an audience that, while having some things in common, may not share a sense of humor. Here we present a few examples of companies that got it right as well as one that got it horribly wrong.

“Our Blades Are F***ing Great.” That’s the name of this Dollar Shave Video, which, thanks to the help of Twitter and Reddit, went viral almost overnight, which is no surprise, because this video embodies everything a business needs to make humor work online:

Do something unexpected
Scratch that. They do everything unexpected. They brag about their product by swearing, being completely rude and showing off their headquarters like it’s a five-star resort rather than a regular old, run of the mill factory.

Know their brand
In fact, humor is their brand. While they do offer a service that’s slightly different than their competitors, it’s this loud, unapologetic voice that really sets them apart. And yet, they don’t turn the viewer off because, at the core, they’re making fun of themselves. Now that’s something customers love to see.

This is a guy selling razors to other guys, particularly those who spend their time on YouTube or the internet at large. This is reflected not just in the company’s business model but in this very daring approach. In other words, they just get what makes a video and a brand instantly shareable.

Superbowl commercials are known for their hilarity, but few made as big of a splash as the Old Spice Guy in 2010. And, while he originally swaggered onto our TV sets, the marketing gurus and Old Spice knew just how to flip a traditional ad into a social media phenomenon. This video worked primarily because Old Spice:

Poked fun at themselves and the ad industry
This required knowing their audience and intuiting just what kind of sales pitch they were bored of. The video plays on the tired, “Girls want to be with him, men want to be him” pitch so prevalent in the beauty and self-care industries. Not only do they present a gorgeous, overly confident specimen of a man who’s not afraid to flex his muscles, but they also stuff as many clichés about what women want into as little space as possible. Romance, boats, diamonds, smelling nice. By being so blatantly sarcastic, Old Spice curates an audience that’s both sick of being told what they want and appreciates not being talked down to…ironically, through the tool of being fake-talked down to.

Begging for engagement
Like the Dollar Shave Club video, this video was inherently shareable, and had all of the meme markings that internet communities love to interact with and contribute to. The marketing team was able to recognize this and flip this into a full-out social media campaign by inviting users to ask the Old Spice Guy questions or pitch things for him to do, like proposing to some guy’s girlfriend on his behalf, or telling everyone what he’d do if he were in a room with a pirate and a ninja. The more the audience can participate in the humor, the more effective the strategy will be.

“Millions are in uproar in Cairo. Rumor is they heard our new spring collection is available online.” So said a Kenneth Cole tweet in the midst of the Arab Spring, along with a link to the aforementioned collection. This was not a good strategy. The tweet eventually had to be taken down and an apology issued on Cole’s Facebook page. This attempt at humor went wrong because it:

Dealt with a controversial topic
Politics. Religion. Unprecedented, unexpected, tectonic shifts in the cultural and political landscape of the Middle East. It’s not polite dinner conversation because it’s likely to lead to even more controversy. That’s fine in our personal lives, but generally isn’t great for business.

Showed insensitivity to its audience
Whether or not the many people who were offended by this tweet would have been Kenneth Cole customers anyway is difficult to say, but at the very least, their moral outrage had the potential to pressure faithful customers into abandoning the brand. Cole sounded like he was quipping in a room full of wealthy, shallow, caricatured design-types, not empathizing with the many people affected by these world-shaking events.

Had nothing to do with the brand
Dollar Shave Club talked about razors and men. Old Spice talked about men needing to smell better and the women who’d like them to get on top of their cleaning habits. What beyond the timing of a new collection release does Kenneth Cole have to do with the Arab Spring?

Humor, like anything else, is a risk, but one, if played right, that can come with great rewards. Still, if you don’t want to go as full-out as Old Spice or Dollar Shave Club, look to Otterbox’s OH SNAP! Series. They’re not doing much more than making fun of their boring but effective product, and yet they wind up seeming humble, down to earth, trusty, and funny. There are few things better for a business than that. 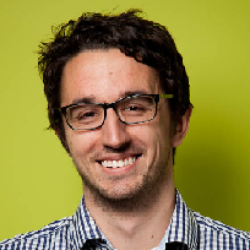 Rob Toledo
Rob Toledo is a pretty sociable guy in person, but absolutely loves online communication. He lives in Seattle, WA, where he works for Distilled, drinks a lot of coffee, and enjoys complaining about the rain.

6 thoughts on “Where Does Humor Fit In Your Social Media Campaign?”

With so many social media networks available, from Facebook, to Twitter, to LinkedIn, it can be a real challenge just...