The London Olympics is being billed as the first social media Games and it is likely to offer a unique experience for Olympic fans everywhere. The format of Olympic competition, as well as the International nature of the games make it especially suited for social media. There are more people using social networking sites than every before, and the Olympic games in 2012 are one of the very first opportunities for all of those users to share a common thread.

According to research by Ofcom, published in its Communications Market Report for 2012, 50 percent of adults in the UK now use social networking sites at home, which is significantly higher than the 20 percent who did at the Beijing Olympics in 2008. Ofcom has also found that Internet advertising expenditure in the UK continues to grow significantly. In 2008 this was £3.4 billion and is likely to exceed £5 billion this year.

A Perfect Storm for Agencies

Twitter has sought greater monetization by introducing promoted tweets. The company has recently rolled out an enhancement called Targeted Tweets that will allow advertisers to send tweets to a narrow audience, based on their location or the platform or device they are using, e.g. sending messages only to Android or iPhone users. Enhancements such as these are likely to ensure Twitter becomes an even bigger tool for social media marketing going in to the games.

The average advertising spend on the Olympics and Paralympics has been estimated at between £20 million – £30 million. With Twitter dedicating a unique hashtag page to the Olympics, the opportunity for London businesses to use the games to promote to visitors through social media is almost unparalleled. Smartphones are ubiquitous, all of the athletes curate their own social media accounts, and the fans are able to interact with their favorite athletes through Twitter with unprecedented access. All this potential wasn’t lost on the IOC, who has implemented strict guidelines for any business, athlete, or other entity thinking about using the games in their marketing campaigns. The loose rules of social media will for the first time be tightened into a noose.

These marketing guidelines were the first look that social media professionals got at the IOC’s social media policy. Social Media integration promised to be a huge facet of the 2012 games, and the IOC’s response was to draft a procedure for every possible action. The policy directly or indirectly influenced the actions of athletes, coaches, advertisers, sponsors, the media, Twitter itself, and with all those entities in tow, it ended up affecting the response of the average user.

Under the London Olympic Games and Paralympic Games Act 2006, it is not permitted to use a combination of two out of the following words: ‘games’, ‘two thousand and twelve’; ‘twenty-twelve’ and 2012. Additionally, using one of these words with any of the following is also forbidden: ‘London’, ‘medals’, ‘sponsors’, ‘summer’, ‘gold’, ‘silver’ or ‘bronze’. The penalties for breaking the rules include fines of up to £20,000 or even imprisonment.

UK regulators have already stressed that athletes must make clear when tweets are being sponsored. In January the Advertising Standards Agency investigated after complaints about tweets for a Snickers campaign by celebrities including Rio Ferdinand, Katie Price and Cher Lloyd. The complaints were not upheld in that case. However, the Advertising Standards Authority ruled in June that Wayne Rooney had breached its code when he sent a promotional message on behalf of Nike. More recently, the Office of Fair Trading (OfT) has advised British athletes not to post advertising or commercial messages without declaring their association with a brand.

The use of social media marketing is very much on the terms of organizers. The International Olympic Committee’s (IOC) Facebook page has 3 million fans and will feature live chats with athletes from inside the Olympic village. However, those hoping to see videos from inside the village will be disappointed, as video sharing is banned.

In addition, organisers have issued athletes a rulebook, which sets out at length what is and is not allowed. The latter includes banning social media posts for commercial or advertising purposes, not using the Olympic symbol or even the word ‘Olympics’, if this is contained within a URL.

During the games Greece kicked Voula Papachristou off of the team for the triple jump competition after racist remarks made on Twitter. Twitter suspended the account of Guy Adams, a reporter for the Independent, after several tweets that were critical of NBC’s coverage of the Olympics. The IOC has even asked competitors and spectators to stop tweeting about results in an attempt to preserve the value of NBC’s delayed broadcast. In reality the parties involved are preempting a response from a higher authority, or Olympic partner.

All parties involved have reacted quickly to any social media actions that weren’t within preset guidelines, or were seen as overly critical to the Olympic cabal that has formed to reap all rewards. When this type of reaction is within ethical guidelines that are approved by the majority of social media users, it’s called responsiveness. They aren’t abiding by the unwritten social media rules that have worked so well for so long, which turns their responsiveness into a soft form of media oppression; but at the same time, those rules do not seem to apply as strongly to them. There was a backlash when Twitter tried limiting the speech of a dissident reporter, but it wasn’t at all what you’d expect for an American company that muffled a user’s free speech for an infraction that was clearly in a gray area.

Was the backlash minimized due to an information overload or perceived authority? The news is coming so fast that users cannot express their disdain before another story breaks. With Twitter, NBC, and the IOC showing a united front against all forms of dissenter, users don’t know if they’ll be banned for expressing a critical opinion. Users may just be enjoying the Olympics; if these organizations are bringing you top notch entertainment, don’t they deserve a little control over how it is presented?

A spokesperson for LOCOG, Helen Holman said, ““We will take a firm but pragmatic approach to ambush marketing at Games time and deal with any issues on a case by case basis. Our approach is always to educate, rather than to legislate.” They’ve not only addressed guerrilla marketers, but anyone who has violated social media usage guidelines, and in at least one case a critic who was too loud for his own good. The issuance and adherence to social media guidelines should be an example for all businesses and events who integrate heavily with social media. The interpretation should not. Just because you’ve amassed the support of enough powerful entities to impose your will on Twitter doesn’t mean that it will help you in the long run. However, the lack of a united front on the part of the users shows you just how powerful a well thought out social media policy can be for an organization.

Do you think that social media was handled well for the 2012 Olympics? Let us know in the comments below. 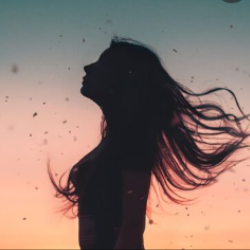 Benefits of Google+ Local for Business

Google is the most popular search engine on the planet, and it should be at the top of your list...